More from the DRIVE Perspective 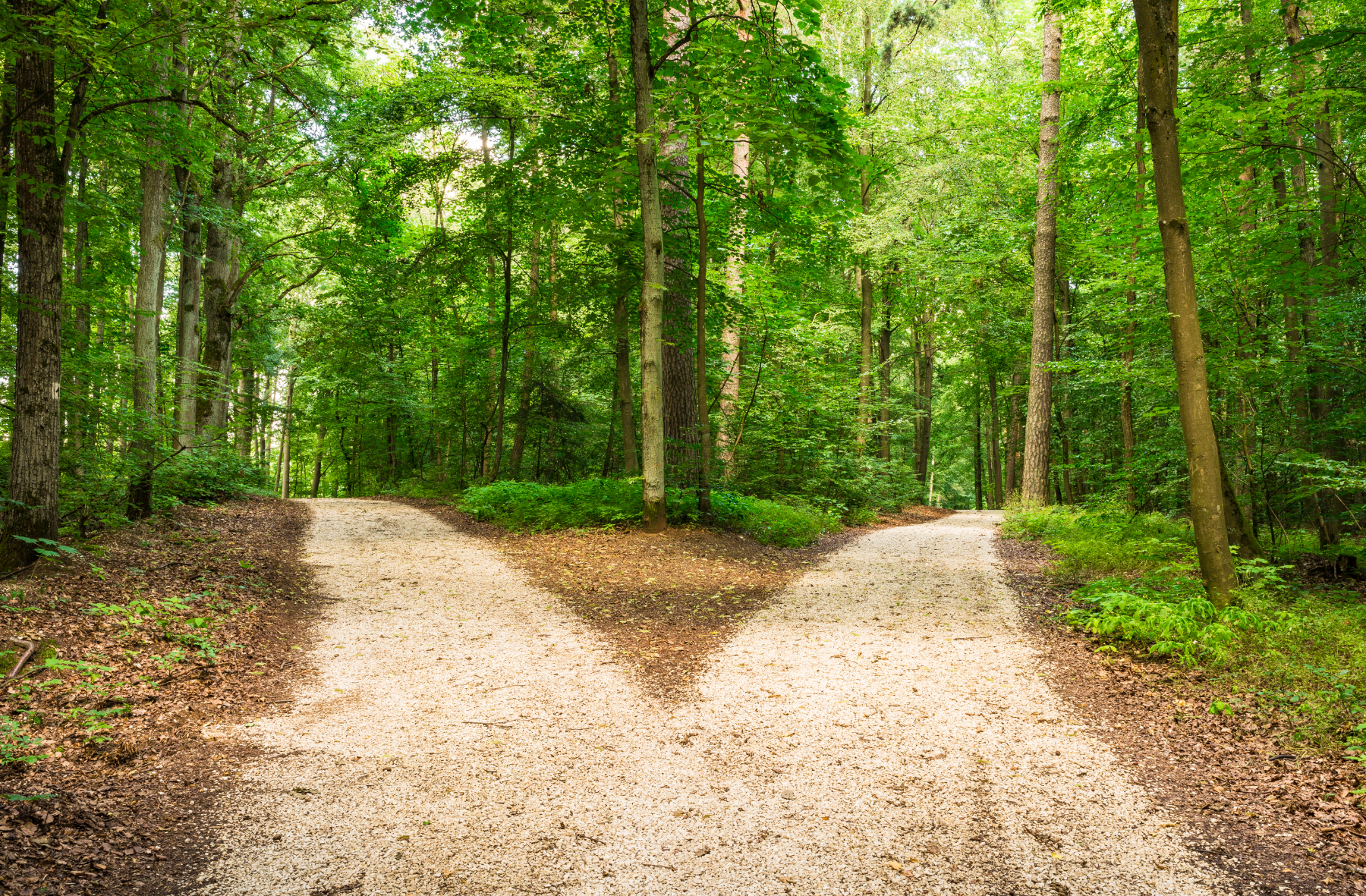 The natural world is seeing unprecedented changes which we are told will have catastrophic results unless we make fundamental changes on a global level. Whilst there may be conflicting opinions on global warming, most people accept that changes are happening because they can’t argue with what they witness with their own eyes.

Similarly, the general working paradigm is undergoing a seismic shift, and like the melting of the icecaps some changes are happening at a glacial pace, whilst others seem to be pivoting at such a rate that it is leaving some businesses at a loss as to what to do next.

Organisations are keen to remain attractive to the best talent – often their key differentiator to competitive advantage – but how they do this can be a source of conflict, stress and misunderstanding.

What follows is a story about a key element in this paradigm shift – that of gender diversity in the workplace – a story written as a result of our years of experience, latest research findings and many conversations with clients. Whilst it is obviously a piece of fiction, the challenges raised are very real, current and still widely experienced.

Twins Charlie and Charlotte are born and enjoy a happy childhood where their parents are keen to provide them with equal opportunities and – as far as possible – as little gender stereotyping as possible.

Let’s fast forward a few years in this imaginary scenario to when little Charlie and Charlotte are 21 year old graduates grasping matching hard-earned degrees and looking to join SuperBiz Inc. a forward thinking, hugely successful global business.  Both are accepted onto the graduate programme and rise fast in the ranks as high potential talent.

Let us move on a few years to when they are 28. Charlotte is on maternity leave as Charlie keeps pressing ahead at his career whilst becoming a father when his wife gives birth to their first child just a month after his niece is born.

Charlotte returns to work after 6 months and requests flexible working to acknowledge this paradigm shift in her life. Charlie continues to work 5 days a week in the office; after work drinks and late-night client dinners are part of the deal. Whilst the Covid-19 pandemic helped prove to the business that remote working can be effective and flexibility has become more common, there are still client events and meetings that Charlie feels he should physically attend.

Charlotte’s bosses are impressed by her continued success in spite of the little one at home – but isn’t it a shame she won’t return to the office full time, it would be nice for colleagues and clients to see her around more. Still, let’s not mention that for fear of HR hearing …..

Move forward another year or so and Charlotte’s announcement of a second pregnancy is met with a rictus grin on the face of her boss Paul who quickly starts thinking of how to manage the impact of this on the lucrative clients she currently manages. They had only recently been thinking of promoting Charlotte as a result of the brilliant client feedback she has been given.

At the same time, Charlie is promoted, not only as a recognition of the hours he puts in but also the client relationships he’s built for SuperBiz Inc over the past couple of years. He enjoys a high profile with the senior leadership team and often joins them on client golfing days.

Charlotte works until a week before her due date, commuting 2 hours a day just like her brother. Many people comment that until they see her tummy they can’t believe that she’s pregnant what with the energy she gives to her work. Charlotte welcomes a healthy baby number 2 before returning again, 6 months after the birth.

Charlie also welcomes a second child around the same time and struggles a little with the sleepless nights from the newborn with the toddler to manage as well.  As a modern family man and a keen father, he is encouraging his wife to continue her career (albeit around their family) and supports her in setting up her own small business.  Whilst this will allow her to manage the childcare around his long hours it also involves stopping her pension contributions. Consequently, now as the principal breadwinner, there’s even more pressure on Charlie to provide a secure future with SuperBiz Inc. He finds he often misses bathtime, storytime and other events so that he can work the longer, client-facing hours the role demands. Thank heavens for Facetime and Zoom when he needs to travel or he worries the kids might forget who he is.

Meanwhile, SuperBiz Inc. – who have just one female NED and currently no women on the operational board of eight– have been having discussions about gender diversity and its recent prominence in industry publications. Whilst the Hampton-Alexander Review, the 30% Club and others have been successful in providing empirical data and intuitive reasoning behind appropriate female representation at a board level they still can’t quite see why they might need to rock the boat and change their highly effective board of experienced industry experts in order to satisfy a benchmark.

Looking wider across the organisation, gender diversity appears to be more or less balanced up to manager level but, for reasons they don’t quite understand, female managers are not progressing to leadership positions. They know from exit information that there is a tendency for women to leave soon after returning from maternity whilst others leave a few years after their promotion into management. They do also have long standing female managers but very few make it to more senior positions. This creates a dearth of female talent at a leadership level which means there is only a very small pool of future female talent to consider for promotion into the Executive Team and onto the board. One option is to hire external candidates into leadership and board positions, but this would do little to support the cultural promises made to employees around internal promotion opportunities.

They have a choice to make.  Do they continue as they are and potentially suffer the expense and effort of replacing the female talent lost? (There are no guarantees that these female leavers would be replaced with female candidates – thus adding further to their diversity problems.) Or, do they invest in process and culture changes to strategically encourage the retention of diverse talent across the company?

SuperBiz love Charlotte and her clients love her, but surely if she left then someone else could just soak up her accounts and the business would go on? If that happens to be a man (because there don’t seem to be many high potential women over the age of 35 in SuperBiz Inc now) then that’s just the way it goes. They can clearly see how consistent Charlie is and more employees like him may mean that the numbers keep rolling in.

The numbers don’t lie. Do they?

Yet the folks down the road at BrilliantBiz Inc have recently been making changes that were initially rejected by the SuperBiz board as too costly and disruptive.  They stated publicly that one of their core strategies was to actively improve their gender diversity and with it flexible working across the company for both men and women. They also stated on their website that their objective was to have an engaged, motivated and happy workforce and that they were investigating creative ways to improve their engagement scores and tracking those back to client satisfaction.

“That’s just an expensive way to look modern and PC isn’t it?”, was a comment made at the SuperBiz board meeting when it was raised.

BrilliantBiz now have a leadership team made up of 40% women, 2 women on their operational board, 3 female NEDs, and have won 3 of the past 4 new business pitches against SuperBiz Inc.

At a recent networking event a BrilliantBiz Director was overheard talking about the way new fathers are encouraged to work flexibly, how the company is giving returning mothers ‘re-boarding’ coaching to help them hit the ground running after maternity leave, how the graduate programme now addresses the whole idea of work/life/parenting and individuals in the early stages of their career are being actively encouraged to find mentors. It stretches even further to include flexibility for those without children to work around their passions and commitments outside work.

BrilliantBiz also respect that traditionalists may find such changes somewhat uncomfortable and they have sought to support them through the cultural evolution as well. Apparently, the leadership team at BrilliantBiz have a programme that investigates the way they think about influence, engagement and productivity and that helps them address any unconscious bias around how things ‘ought’ to be done.

BrilliantBiz has recently been placed on the Sunday Times Top 100 Places to Work list.

Meanwhile, Charlotte has just been approached by BrilliantBiz Inc to lead their new sales team.  The money isn’t any better but money isn’t her main motivation. On balance, it’s a combination of the culture, support and flexibility offered as well as the emotional intelligence of the leaders she met at BrilliantBiz that compelled her.

She’s going to take the job (3 of her most lucrative clients will eventually follow her). She will be promoted within the year and has been earmarked as ‘one to watch’ for a leadership role in the next 2 to 3 years and an Exec position beyond that.

Charlie has recently been prescribed Statins and is looking forward to his annual 2 weeks in Bali next month.

He will be checking his emails every day.

At DRIVE we help organisations create a gender diverse workforce that reflects the world around them. We work with our clients to create a strong, inclusive culture and develop organisational practices that welcome different ways of thinking. We provide insight and guidance on how our clients can enrich their talent pools in the pursuit of innovation and in order to strengthen their position in the marketplace.

More from The DRIVE Perspective

We use cookies and similar technologies to recognise your repeat visits and preferences, to measure the effectiveness of campaigns, and improve our websites. For settings and more information about cookies, view our Privacy Policy. By clicking "I Accept" on this banner or using our site, you consent to the use of cookies.